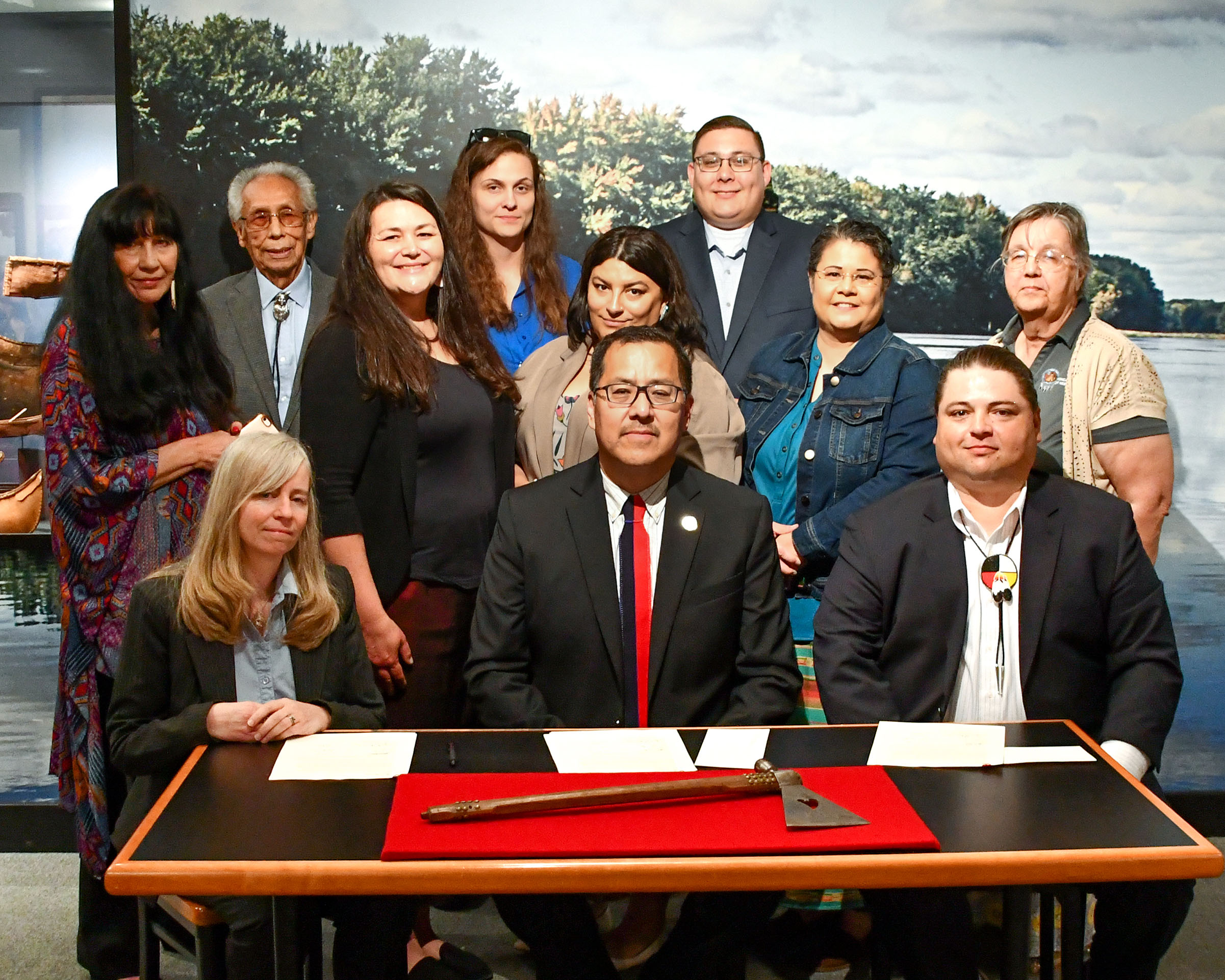 Chief Standing Bear’s pipe-tomahawk is finally coming home. The pipe-tomahawk, gifted by Standing Bear to his attorney, John Lee Webster, was purchased by a private collector after Webster’s death, changing hands several times before ending up in the Peabody Museum of Archaeology and Ethnology at Harvard University.

In a June 3rd ceremony at the Museum, attended by delegations from the Ponca Tribe of Nebraska and the Ponca Tribe of Oklahoma, the pipe-tomahawk was returned to the Tribe. At the ceremony, Jane Pickering, Director of the Peabody Museum, indicted the faulty acquisition processes of the Museum in the past, stating, “The Peabody directly benefited from collecting practices that we acknowledge today ignored the wishes and values of families and communities.”

The return of this piece of history to the Tribe holds great weight for the Ponca Tribe as a whole. Ponca Tribe of Nebraska Tribal Historic Preservation Officer and Standing Bear descendant Stacy Laravie commented, “As I was up here, and I first saw the tomahawk, I was just thinking, ‘Wow…..my grandfather touched this.’ I just can’t express how I feel right now, so my tears are doing it for me.” Dr. Louis Headman from the Ponca Tribe of Oklahoma expressed a sincere wish that all Ponca recognize their common roots, “We’re not Northern, and we’re not Southern. We are Ponca.” Ponca Tribe of Nebraska Tribal Council Representative Angie Starkel hailed the event as a stepping stone of sorts, saying, “This is a good homecoming and a good step in the many steps we have to do to get back to our identity, to our ways of our people.”

The return of the pipe-tomahawk marks increased efforts from the Peabody to return tribal artifacts to their tribes of origin. Shawon Kinew, (Ojibwe), a member of the Peabody Faculty Executive Committee, remarked upon those efforts, saying, “What’s happening here today is what I think we all want to happen, for the Peabody and Harvard not just to do the bare minimum of complying with the law, but to recognize the rightful and moral claims of your sovereign nation,” adding, “You belong to this pipe, and it was always your right to care for this pipe.” The importance of these efforts was echoed by Stacy Laravie, who spoke about the real impact of the repatriation of tribal artifacts, saying, “We talk about generational trauma, but we don’t talk about generational healing, and that’s what we’re doing now, this is healing.”

Ponca Tribe of Nebraska Culture Director Richard Wright Jr. expressed his gratitude to everyone involved with the event, “This was a momentous event for all Ponca people.  We are bringing Standing Bear’s pipe-tomahawk home where it belongs.  I am thankful for Northern and Southern Tribal Councils, Ponca staff, and the Peabody Museum for turning our vision into a reality.”

Plans to exhibit Chief Standing Bear’s pipe-tomahawk will be announced at a later date.